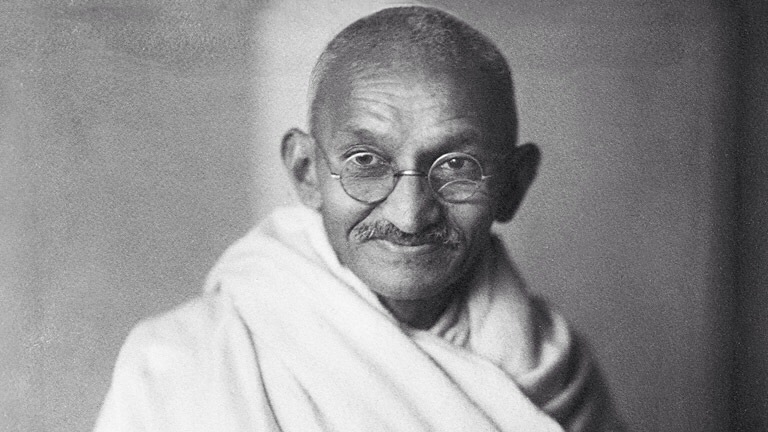 Several letters have been received by me asking me to declare my views about the Arab-Jew question in Palestine and the persecution of the Jews in Germany. It is not without hesitation that I venture to offer my views on this very difficult question.

My sympathies are all with the Jews. I have known them intimately in South Africa. Some of them became life-long companions. Through these friends I came to learn much of their age-long persecution. They have been the untouchables of Christianity. The parallel between their treatment by Christians and the treatment of untouchables by Hindus is very close. Religious sanction has been invoked in both cases for the justification of the inhuman treatment meted out to them. Apart from the friendships, therefore, there is the more common universal reason for my sympathy for the Jews.

But my sympathy does not blind me to the requirements of justice. The cry for the national home for the Jews does not make much appeal to me. The sanction for it is sought in the Bible and the tenacity with which the Jews have hankered after return to Palestine. Why should they not, like other peoples of the earth, make that country their home where they are born and where they earn their livelihood?

Palestine belongs to the Arabs in the same sense that England belongs to the English or France to the French. It is wrong and inhuman to impose the Jews on the Arabs. What is going on in Palestine today cannot be justified by any moral code of conduct. The mandates have no sanction but that of the last war. Surely it would be a crime against humanity to reduce the proud Arabs so that Palestine can be restored to the Jews partly or wholly as their national home.

The nobler course would be to insist on a just treatment of the Jews wherever they are born and bred. The Jews born in France are French. If the Jews have no home but Palestine, will they relish the idea of being forced to leave the other parts of the world in which they are settled? Or do they want a double home where they can remain at will? This cry for the national home affords a colourable justification for the German expulsion of the Jews.

But the German persecution of the Jews seems to have no parallel in history. The tyrants of old never went so mad as Hitler seems to have gone. And he is doing it with religious zeal. For he is propounding a new religion of exclusive and militant nationalism in the name of which any inhumanity becomes an act of humanity to be rewarded here and hereafter. The crime of an obviously mad but intrepid youth is being visited upon his whole race with unbelievable ferocity. If there ever could be a justifiable war in the name of and for humanity, a war against Germany, to prevent the wanton persecution of a whole race, would be completely justified. But I do not believe in any war. A discussion of the pros and cons of such a war is therefore outside my horizon or province.

But if there can be no war against Germany, even for such a crime as is being committed against the Jews, surely there can be no alliance with Germany. How can there be alliance between a nation which claims to stand for justice and democracy and one which is the declared enemy of both? Or is England drifting towards armed dictatorship and all it means?

Germany is showing to the world how efficiently violence can be worked when it is not hampered by any hypocrisy or weakness masquerading as humanitarianism. It is also showing how hideous, terrible and terrifying it looks in its nakedness.

Can the Jews resist this organised and shameless persecution? Is there a way to preserve their self-respect, and not to feel helpless, neglected and forlorn? I submit there is. No person who has faith in a living God need feel helpless or forlorn. Jehovah of the Jews is a God more personal than the God of the Christians, the Mussalmans or the Hindus, though as a matter of fact in essence, He is common to all and one without a second and beyond description. But as the Jews attribute personality to God and believe that He rules every action of theirs, they ought not to feel helpless. If I were a Jew and were born in Germany and earned my livelihood there, I would claim Germany as my home even as the tallest gentile German may, and challenge him to shoot me or cast me in the dungeon; I would refuse to be expelled or to submit to discriminating treatment. And for doing this, I should not wait for the fellow Jews to join me in civil resistance but would have confidence that in the end the rest are bound to follow my example. If one Jew or all the Jews were to accept the prescription here offered, he or they cannot be worse off than now. And suffering voluntarily undergone will bring them an inner strength and joy which no number of resolutions of sympathy passed in the world outside Germany can. Indeed, even if Britain, France and America were to declare hostilities against Germany, they can bring no inner joy, no inner strength. The calculated violence of Hitler may even result in a general massacre of the Jews by way of his first answer to the declaration of such hostilities. But if the Jewish mind could be prepared for voluntary suffering, even the massacre I have imagined could be turned into a day of thanksgiving and joy that Jehovah had wrought deliverance of the race even at the hands of the tyrant. For to the godfearing, death has no terror. It is a joyful sleep to be followed by a waking that would be all the more refreshing for the long sleep.

It is hardly necessary for me to point out that it is easier for the Jews than for the Czechs to follow my prescription. And they have in the Indian satyagraha campaign in South Africa an exact parallel. There the Indians occupied precisely the same place that the Jews occupy in Germany. The persecution had also a religious tinge. President Kruger used to say that the white Christians were the chosen of God and Indians were inferior beings created to serve the whites. A fundamental clause in the Transvaal constitution was that there should be no equality between the whites and coloured races including Asiatics. There too the Indians were consigned to ghettos described as locations. The other disabilities were almost of the same type as those of the Jews in Germany. The Indians, a mere handful, resorted to satyagraha without any backing from the world outside or the Indian Government. Indeed the British officials tried to dissuade the satyagrahis is from their contemplated step. World opinion and the Indian Government came to their aid after eight years of fighting. And that too was by way of diplomatic pressure not of a threat of war.

But the Jews of Germany can offer satyagraha under infinitely better auspices than the Indians of South Africa. The Jews are a compact, homogeneous community in Germany. They are far more gifted than the Indians of South Africa. And they have organised world opinion behind them. I am convinced that if someone with courage and vision can arise among them to lead them in non-violent action, the winter of their despair can in the twinkling of an eye be turned into the summer of hope. And what has today become a degrading man-hunt can be turned into a calm and determined stand offered by unarmed men and women possessing the strength of suffering given to them by Jehovah. It will be then a truly religious resistance offered against the godless fury of dehumanised man. The German Jews will score a lasting victory over the German gentiles in the sense that they will have converted the latter to an appreciation of human dignity. They will have rendered service to fellow-Germans and proved their title to be the real Germans as against those who are today dragging, however unknowingly, the German name into the mire.

And now a word to the Jews in Palestine. I have no doubt that they are going about it in the wrong way. The Palestine of the Biblical conception is not a geographical tract. It is in their hearts. But if they must look to the Palestine of geography as their national home, it is wrong to enter it under the shadow of the British gun. A religious act cannot be performed with the aid of the bayonet or the bomb. They can settle in Palestine only by the goodwill of the Arabs. They should seek to convert the Arab heart. The same God rules the Arab heart who rules the Jewish heart. They can offer satyagraha in front of the Arabs and offer themselves to be shot or thrown into the Dead Sea without raising a little finger against them. They will find the world opinion in their favour in their religious aspiration. There are hundreds of ways of reasoning with the Arabs, if they will only discard the help of the British bayonet. As it is, they are co-shares with the British in despoiling a people who have done no wrong to them.

I am not defending the Arab excesses. I wish they had chosen the way of non-violence in resisting what they rightly regarded as an unwarrantable encroachment upon their country. But according to the accepted canons of right and wrong, nothing can be said against the Arab resistance in the face of overwhelming odds.

Let the Jews who claim to be the chosen race prove their title by choosing the way of non-violence for vindicating their position on earth. Every country is their home including Palestine not by aggression but by loving service. A Jewish friend has sent me a book called The Jewish Contribution to Civilisation by Cecil Roth. It gives a record of what the Jews have done to enrich the world`s literature, art, music, drama, science, medicine, agriculture, etc. Given the will, the Jew can refuse to be treated as the outcaste of the West, to be despised or patronised. He can command the attention and respect of the world by being man, the chosen creation of God, instead of being man who is fast sinking to the brute and forsaken by God. They can add to their many contributions the surpassing contribution of non-violent action.

You have a comment? Don't be shy! Cancel reply

This site uses Akismet to reduce spam. Learn how your comment data is processed.